As we begin to exit the Covid lockdown, business activity has resumed in a completely different environment than before the pandemic.

I attended a virtual conference hosted by Bloomberg last week. One of the speakers was American economist Nouriel Roubini - nicknamed 'Dr Doom' - who was one of the few economists to predict the housing bubble of 2008 and the subsequent financial crash.

He forecasts a V-shaped recovery in the third quarter, fizzling out in Q4, followed by a decade-long depression based on several factors.

These include 'stagflation' - persistent high inflation combined with high unemployment and stagnant demand - due to the fragmenting of global markets and the decoupling of US and Chinese economies.

Other factors he foresees include a slower pace of technological innovation, a democracy backlash leading to a rise in populism, global cyber warfare and deadly man-made disasters both in climate and public health.

His predictions include a new digital wall between China and USA that in turn fuels inflation.

It was a sobering presentation and many of the panel did not disagree with him, including another heavy-hitting American economist - Nobel Prize winner Joseph Stiglitz.

This outlook seems to be shared by the British Chamber of Commerce, whose latest Covid business impact tracker shows that 50pc of firms have less than 3 months' cash flow in reserve.

Chambers Ireland produces a similar survey each month which tracks the effects of Covid on its members. Its latest findings show that, when it comes to revenue, half of firms expect an immediate loss of revenue that is in excess of 60pc.

They also show that smaller businesses will be affected most and that full-year expectations for 2020 suggest a slow rebound for the economy.

As for closures, the Chambers figures suggest that only 15pc of businesses have not experienced some form of closure, while overhead costs for most closed businesses exceed €2,000 per week.

The Chambers figures suggest that 68pc of businesses are awaiting payments and that the median amount due is €40,000.

They also report that the worst-hit sectors are tourism, entertainment, hospitality and local services.

These findings tally with the new StubbsGazette Covid Impact credit scorecards. Our scorecards predict 90pc of corporate failures three to six months before they happen. We are already seeing a 25pc increase in the forecast number of corporate insolvencies in the short term. This is likely to increase over the coming months and years ahead.

While it is too early to spot any trends from the StubbsGazette insolvency data, it is worth noting that meetings of creditors have increased - going from 40 meetings last June to 51 this year. 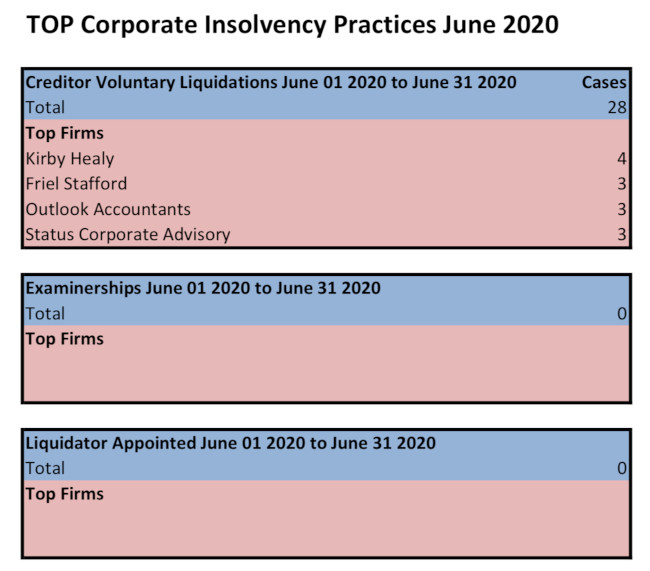 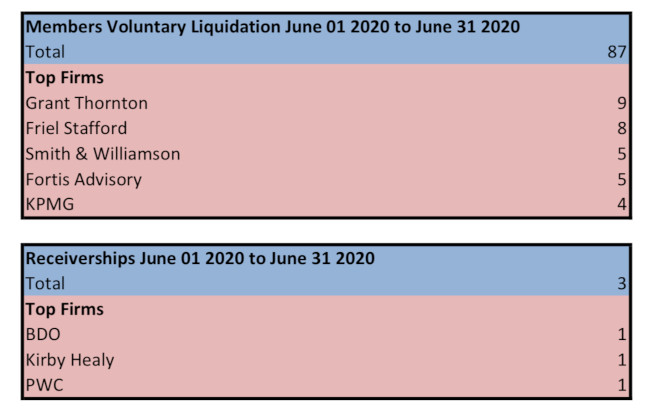 Another interesting finding shows that new company formations have increased by almost 10pc from the same period last year. The most likely explanation for the increase will be processing backlogs, due to the 40pc decrease in the number of Irish new incorporations year on year in April 2020 versus April 2019.

However, all previous recessions have resulted in a surge in the number of family-owned businesses starting up. I don't see why this recession will be any different. 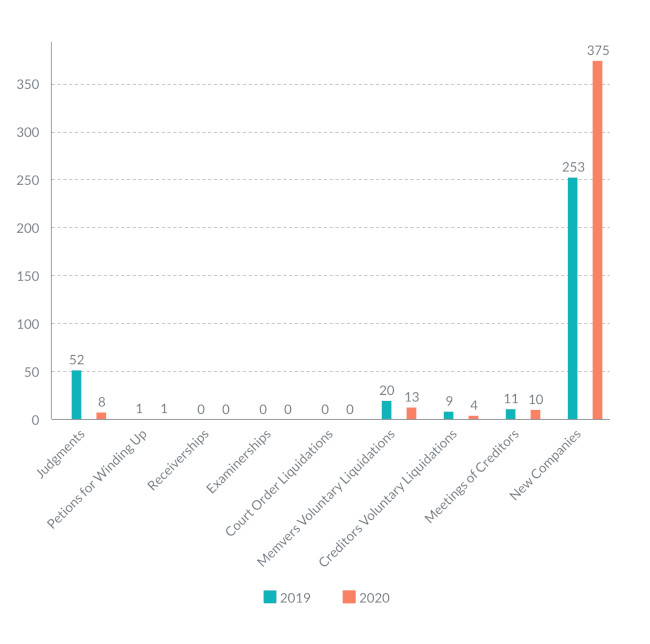 James Treacy is publisher at StubbsGazette

PLASTEC DESIGN AND DEVELOPMENT CONSULTANTS LIMITED
Resolved 28/03/23 that the above named company be ...
Read More